The Priamukhino Readings, an annual conference held in the birth place of Russsian anarchist thinker Mikhail Bakunin, is a fine example of horizontal networking. The village of Priamukhino (Tver’ region) has hosted the Readings since the early 2000s. 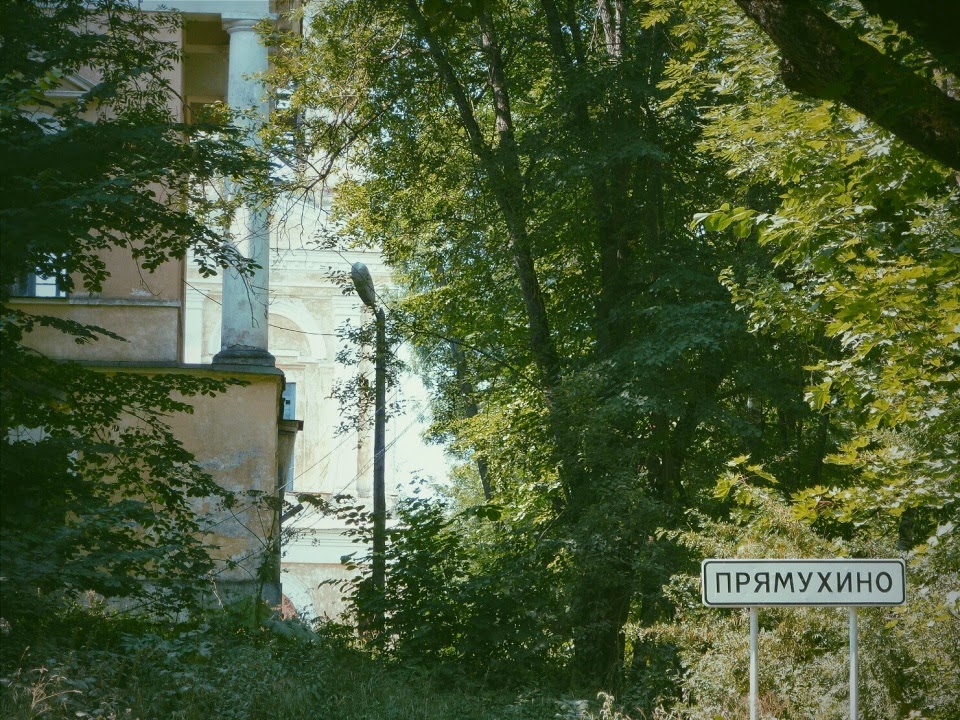 Priamukhino welcomes!
The conference is unique in that it exists apart from institutions like state universities and is held only by efforts of a small organizing committee. The latter manages to involve a wide range of scholars as participants and publish papers and speeches in annual collection of studies. 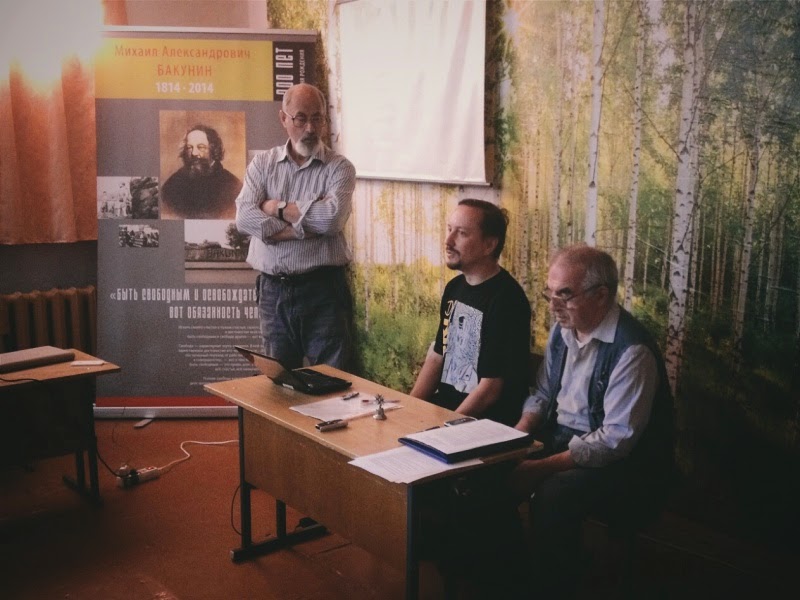 A core group of the organizing committee
No doubt that the prospect of giving a speech or having a paper published is enough for a true scholar to get off the ground and take part in the conference but is it worth going so far? Priamukhino is 5-6 hours away from Moscow without direct transport connections. There are no comfortable hotels or even hostels there. The guests usually stay in a local boarding school or in izbas belonged to the organizers. However all these drawbacks can be recognized as benefits. Spending the weekend in Priamukhino is a good opportunity to face Russian rural life with its nature, sense of seclusion, remoteness from big cities and pastoral activities like sleeping in hay. But for those who usually come there the delights of country life are of minor importance than the village’s background. 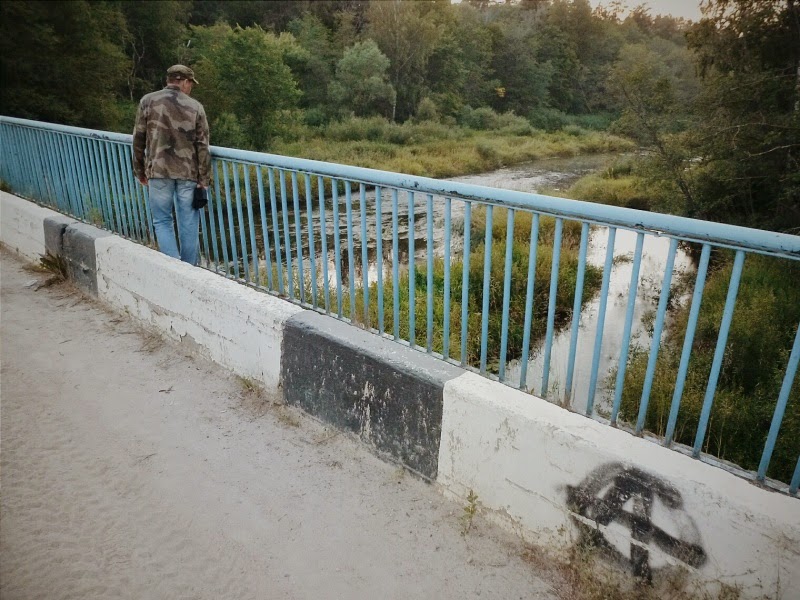 Closer to nature
The Bakunin family estate in Priamukhino has attracted talented people since the end of the 18th century. According to John Randolph who devoted his book to the estate, «the Bakunin home supported the ambitions and reputations of three particularly influential young men: the radical critic Belinsky, the student icon Nikolai Stankevich and the young Mikhail Bakunin». In the 1990s Priamukhino became a pilgrimage destination for Russian anarchists who came there every summer and worked in their free camp. 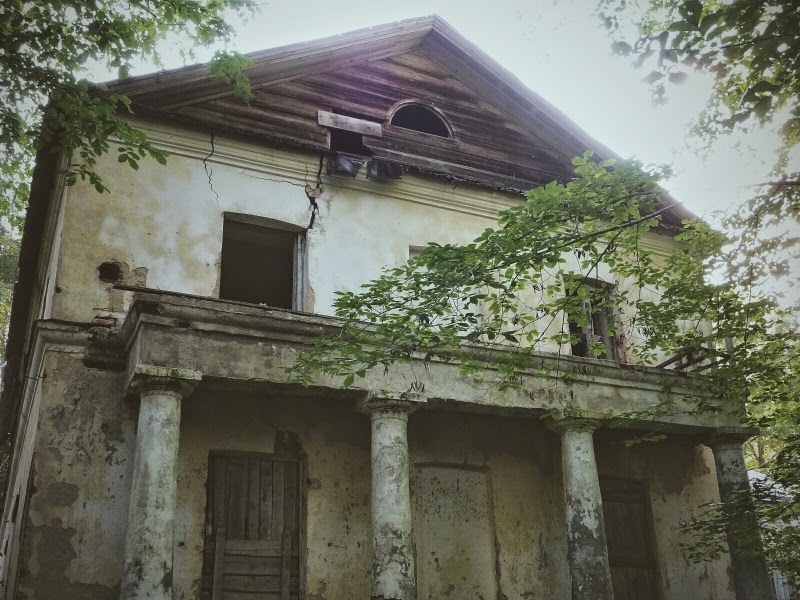 Ruins of the Bakunins' house in Priamukhino
Due to its past and present Alexander Lanevsky from Jagellonian University (Krakov, Poland) considers Priamukhino to be a “site of memory” of Russian anarchism which helps anarchists find their identity and serves material, symbolic and functional purposes. And the conference is certainly its permanent feature.

The role of the Priamukino Readings is especially important today because the public officials and some activists make their efforts to diminish Mikhail Bakunin’s significance both for history in general and for Priamukhino itself. This process can be explained by the emergence of traditionalistic forces that form the ideological horizon of contemporary Russia. Of course M.A. Bakunin with his revolutionary thoughts is extremely far away from the new Russian traditionalism. The recent acts of commemoration in Priamukhino merely prove it. For example, a private initiative to call one of Priamukhino streets in the name of the Russian anarchist was converted into the idea of the Bakunins street memorizing the whole noble family. The memorial plate dedicated to M. Bakunin’s friend Vissarion Belinsky which was restored by anarchists in 2012 was removed and replaced by a gravestone-like monument in memoriam of (again!) the whole family. 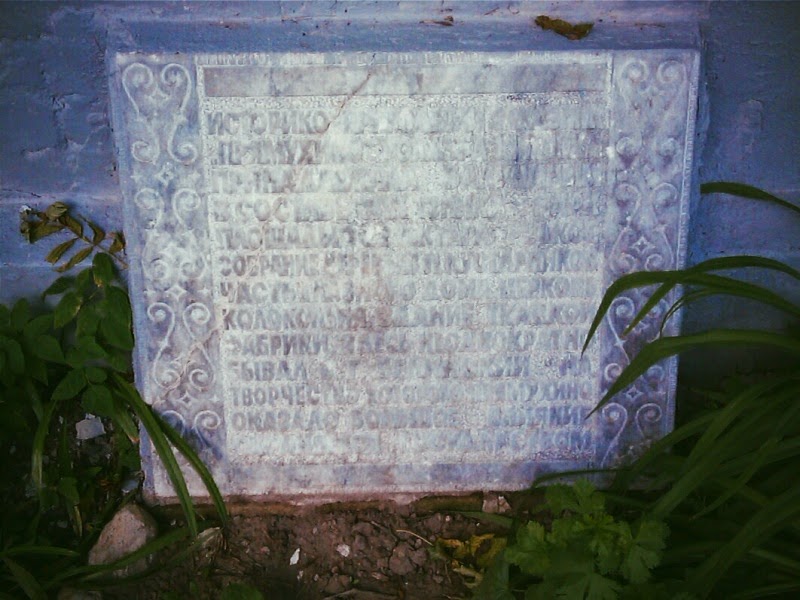 The plate wiped off this year
What is more the official booklet that one can buy now in the Priamukhino local museum devotes only a few paragraphs to Mikhail Bakunin while giving a double-page spread to Mikhail Kutuzov, a field-marshal of the Russian empire, who had hardly ever been to Priamukhino.
Anarchists and those who are concerned about M. Bakunin's legacy try to oppose this attempts with their own actions which include the international academic conference.
Автор: malyan на 04:48